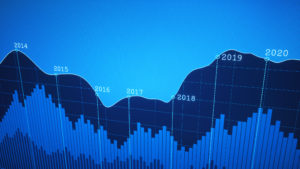 The concept of HVAC has been around for thousands of years. The ancient Romans and Greeks used channels under marble flooring to distribute heat. However, it was until 1902 that the modern A/C idea was launched by Willis Carrier. Today's systems have experienced tremendous technological upgrades that make them significantly different from the older ones. Let's explore the recent HVAC history that has contributed to that.

In the early 2000s, some software startups started experimenting with the idea of Internet-connected HVAC systems. The R410A refrigerant started replacing other coolants on the market that were less environmentally friendly. By 2005, the new refrigerants and improved technology made residential HVAC systems 30 percent more energy-efficient than those of the early '90s.

In 2006, the U.S. Department of Energy (DOE) introduced new energy efficiency standards for HVAC manufacturers. These standards are expected to result in energy savings of about $70 billion from 2006 to 2035.

In 2015, the DOE started funding research on non-vapor compression HVAC technology. The technology doesn't chill air using coolants and is believed to have the potential to reduce energy usage by over 50 percent.

If HVAC history is anything to go by, you can expect to see numerous changes that will have wide-ranging implications for the next generation of HVAC systems soon. If you want to keep up with the HVAC changes that affect you in the Fort Wayne area, contact Hartman Brothers Heating & Air Conditioning. We offer reliable heating and cooling services to our satisfied clients.

Call Today to Schedule with Us